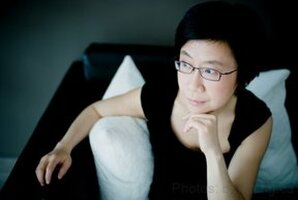 Recognized as the great-grand student of Alfred Cortot (from the lineage of Frederyck Chopin),Dr. Angela Chan is an accomplished concert pianist who has performed extensively in Canada, Europe, the U.S.A. China and Hong Kong, and has been featured on the Discovery Channel (Canada), Global TV, CBC, the Australian Television Network, CJAD, CJOH, RTHK (Radio Television Hong Kong) and other media networks. Dr. Chan’s works have also been featured in Maclean’s Magazine, La Scena Musicale, Montreal Gazette and the National Post. Angela Chan holds a Doctorate in Piano Performance, Pedagogy and Education from Concordia University, Montreal, and she is the founder and Director of Lambda School of Music and Fine Arts, an internationally recognized institution for its fine quality and reputation. Dr. Chan is also head of the piano pedagogy division at Lambda School, providing professional and career development opportunities for piano teachers. Dr. Chan has a wealth of experiences in helping students achieve their maximum potential, and has groomed numerous child prodigies in her career. In her 35 years of extensive music and psychological research, Dr. Chan has unraveled the mysteries of effective and efficient teaching and learning. As a consequence, within short periods of study with Dr. Chan, many of her students have demonstrated phenomenal progress.
​
Dr. Chan's students have won first prizes in national and international piano competitions and have been invited to perform at the prestigious Carnegie Hall in New York, the Royal Albert Hall in London, as well as in Amsterdam (Holland), Rome (Italy), Vienna and Salzburg (Austria), Brussels, China, Japan and Hong Kong. Dr. Chan's students have been highly successful under her guidance - they have been accepted by prestigious universities in the US and Canada, including the New England Conservatory, Peabody Institute of Music, Cleveland Institute of Music and the Manhattan School of Music in New York, as well as McGill University in Canada.

Dr. Chan is also the author of the new Lambda piano method series developed to help pianists progress at an accelerated pace. Dr. Chan’s book A Guide to Musicality - The Art and Science on her research and experiences with innovative pedagogical approaches has also been released in July 2020. Recognized internationally as an outstanding pedagogue, Dr. Chan has been invited to adjudicate a number of major competitions in Canada, China and in the US.

Dr. Wonny Song leads an exciting and glowing international career as one of Canada’s most outstanding young concert pianists. He is widely praised through his recitals, concerto appearances and recordings for his wonderfully poetic touch, depth of musical insight and charismatic personality. Winner of the 2010 Canadian Musician Award as well as the 2002 Galaxie Rising Star Award, he has appeared with over 40 different orchestras including the Cincinnati Symphony, Montréal Symphony, Toronto Symphony, National Arts Centre Orchestra, Euro Asian Philharmonic Orchestra, l’Orchestre Métropolitain du Grand Montréal, Orchestra of St-Luke’s, I Musici de Montréal, Latvian National Philharmonic Orchestra and the Minnesota Orchestra. As winner of the 2005 Young Concert Artists International Auditions in New York, Mr. Song made his recital debuts at Carnegie’s Zankel Hall in New York, sponsored by the Claire Tow Prize, and at the Kennedy Center in Washington, D.C., presented by the Washington Performing Arts Society. He was also awarded the Fergus Orchestra Soloist Prize, the Saint Vincent College Concert Series Prize, and the Miriam Brody Aronson Prize. Mr. Song was awarded the 2003 Prix d’Europe in Canada, which presented him in recital throughout Canada, France, Italy, and Sweden.
As the 2001 First and Grand Prize winner of the Minnesota Orchestra’s WAMSO Competition, he appeared in three subscription concerts with Eiji Oue and the Minnesota Orchestra in 2002, and was re-engaged for three more subscription concerts with Osmo Vänskä in 2006. He won the 1997 Ludmila Knezkova Piano Competition in Nova Scotia, as well as First Prize and Best Artistic Interpretation Prize at the 1995 Montreal Symphony Piano Competition and a Gold Medal at the 1994 World Piano Competition in Cincinnati.  Dr. Wonny Song is currently the director of both Orford Music and Pere Lindsay Foundation.
​​
Online music lessons, online international music school, online expert piano instruction, online music classes, online teenage piano pedagogy courses